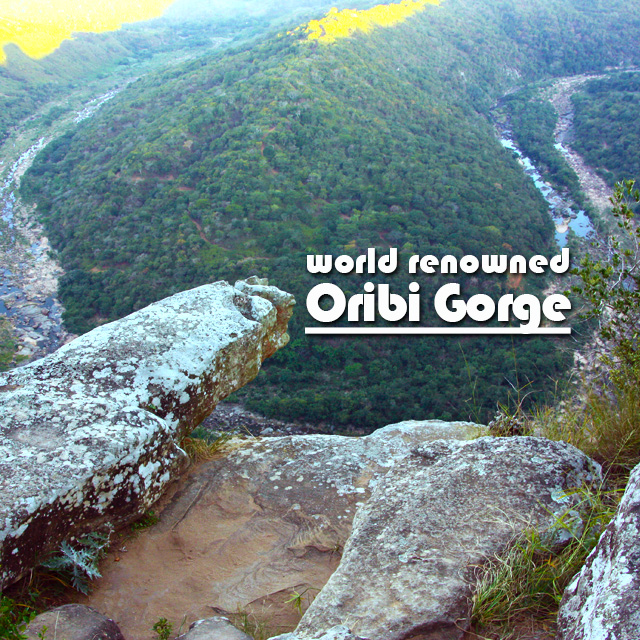 In this short article we take a look at how the world renowned Oribi Gorge was formed. This really is a must read for all nature lovers…

To learn more and get additional information on the breathtaking view sites, please come and speak to the insightful staff at Wild 5 Adventures.

Oribi Gorge is a canyon in southern KwaZulu-Natal, South Africa, just west of Port Shepstone, which itself is 120 km south of Durban. Oribi Gorge, cut by the Mzimkulwana River, is the eastern gorge of two gorges that cut through the Oribi Flats (flat sugarcane farmlands) of KwaZulu-Natal. The western gorge was formed by the Mzimkulu River. The gorge is approximately 400 metres (1,300 ft) deep, and almost 5 kilometers (3.1 mi) wide at its widest.

Erosion by these rivers have carved out nearly 30 kilometers (19 mi) of spectacular Kloofs and crags, covered with subtropical vegetation. In the gorge, the dense forest on the sandstone slopes is home to various small mammals, while the large Leguaans excavate their burrows along the riverbanks.

Oribi Gorge derives its name from the Oribi, a small antelope that lives in the gorges.

Please note Wild 5 Adventures is closed on the first Monday of every month for regular maintenance.